For the past few weeks I’ve been working with The Rockwell Group LAB on a new exhibition for the National Building Museum called Play Work Build, and I’m super excited that they’ve finally officially announced it. I will be going down to DC next week to install it. 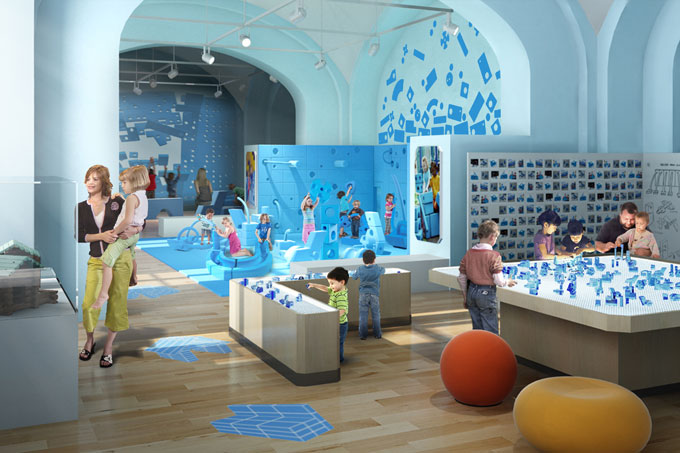 The final gallery showcases an original interactive installation of virtual block play created by Rockwell Group’s digital interaction team, the LAB. As visitors walk in front of the video projection, their reflections in the form of blue blocks will appear on the wall. As more people enter the projection space and begin to move, more blocks fill the screen. At regular intervals, the screen will automatically fill with virtual blocks, which can be knocked down by visitors’ gestures, eventually causing all of the blocks to tumble down. -from New Hands-on Exhibition about Block Play Opening at the National Building Museum